I’m certain my 1-year-old boy knows he’s big. I’m also sure he knows he’s funny and cute, but that’s another blog post. This one is about how he’s big. 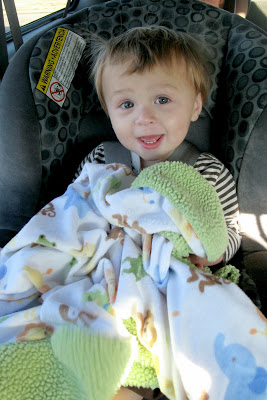 He faces forward when we’re in the van now. He didn’t to mind facing backward, but turning around expanded his views. 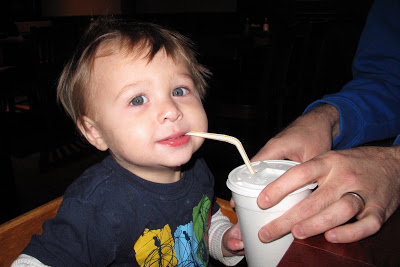 And he likes to drink from a straw, which is total entertainment when we’re in a restaurant. 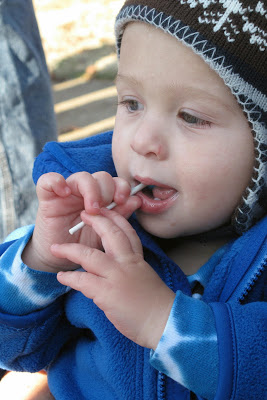 He eyed his cousin’s sucker long enough at the parade yesterday that I decided to give him his own. It was five months earlier than the 17-month-old Cate had hers.