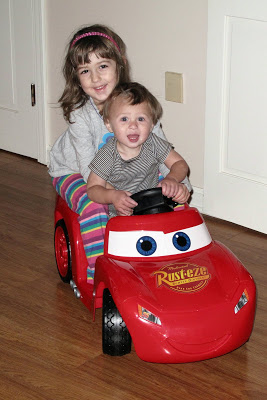 It sounds cliche to say that I can’t believe my baby boy turns 1 in a week. But, really, this year has flown by.

But unlike many moms, I’m not sad about my boy turning 1. It’s no secret I prefer the walking and talking that comes with toddlers. But I can already tell, my boy is going to be more into things than my girl ever was.

Even so, I’m loving watching Ben learn new things all of the time, even if that translates into him getting into things, trying to climb up the stairs before I notice and annoying his sister by getting into her space.

His birthday came a little early, first with the Power Wheel from Granddad Hill last week, and then with some gifts from Grandmom on Sunday. She made a visit because she’ll be in New Zealand for Thanksgiving, and Ben’s birthday party. 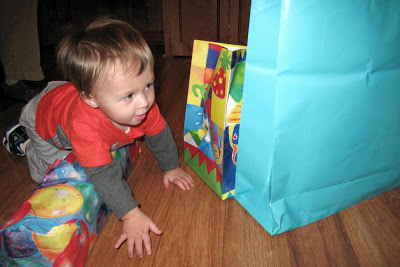 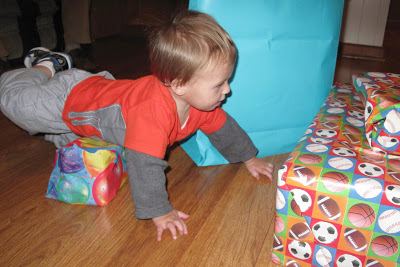 … toward the smaller one that made a sound and the big one near it. 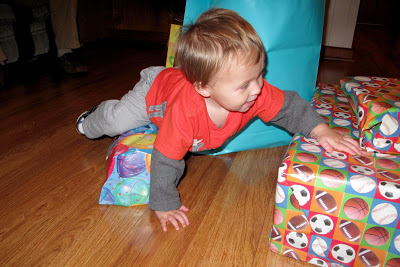 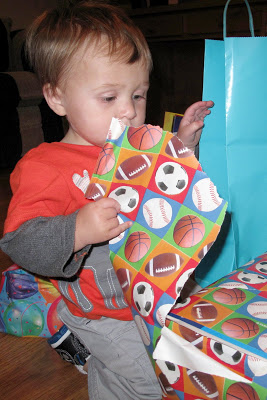 And when he got there, even the paper was interesting. The beauty really is in the details and journey from there to here, where I have an almost 1-year-old boy who believes the world is his playground. And he couldn’t be happier about it.