My friends Katie and Aaron have a 9-month-old son named Ben. We both knew we were going to name our sons Benjamin before they were born, but we both also had a short list of boy names our husbands also liked. Just add it to the list of other things Katie [Yes, I know, I know several Katies …] and I have in common. We share a birthday, loves of butterflies and traveling, an addiction to “Survivor” and taste in food. We aren’t surprised when we both like something, even though we don’t get to hang out very often.

Anyway, back to our Bens … 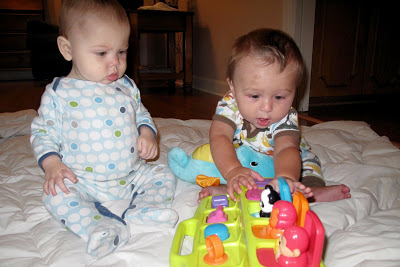 Ben on the left was born almost seven weeks before our Ben on the right. 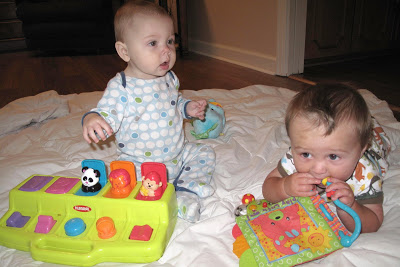 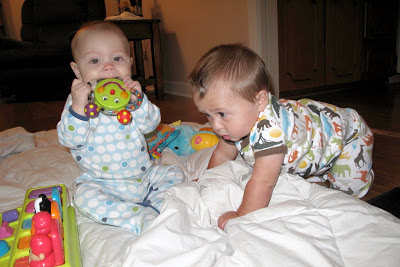 As you can see, my Ben is ready to crawl. In fact, these pictures were taken Sunday morning, and later that evening, he ended up crawling a small distance at a slow pace. He’s gotten better at going from crawling position to sitting, and vice versa. He’s on the verge of being very mobile.

Back on track … Bens. We were happy to get to see our Bens together and spend some time with Katie and Aaron, even though our weekend didn’t go as planned.