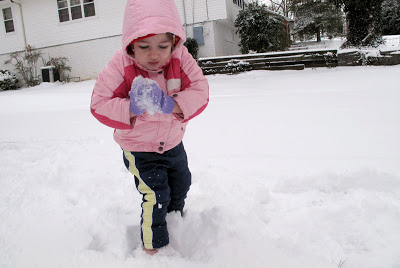 Like 6 inches. Enough that Cate was able to play in it two consecutive days. She wasn’t completely sold on the idea of being cold and slightly wet [really, who could blame her?!], but she liked talking about the snow. When it was coming down Friday afternoon and evening, she would say, “I check on snow,” and then look out the window. 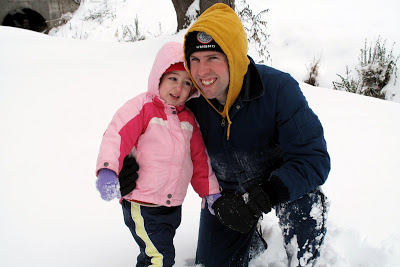 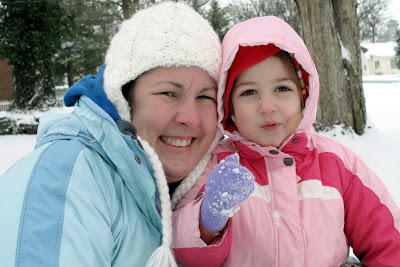 I actually went out twice with her. If you know how I feel about being cold and wet, then you’ll know that I really love my daughter. Really, honestly, though, having a child makes snow much, much more enjoyable. Greg really wanted to make a snowman … 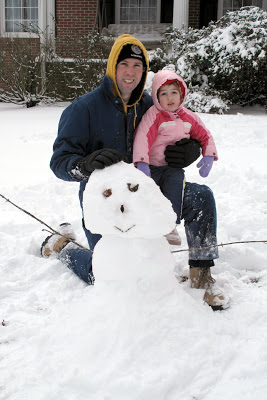 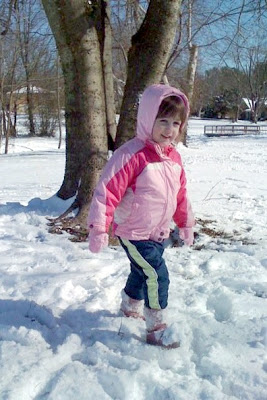 This photo was taken with my iPhone when we played in the snow at the park across the street from our house earlier today. Not bad. I can’t remember the last time we had enough snow that playing in it on two consecutive days was possible.

There are more pictures on Facebook, if you want to go look.