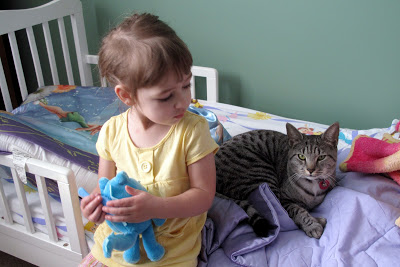 Cate enjoys all that goes on at Grandmom’s house … In addition to Divi the Cat, there is Bailey the Dog, and, of course, her cousins … 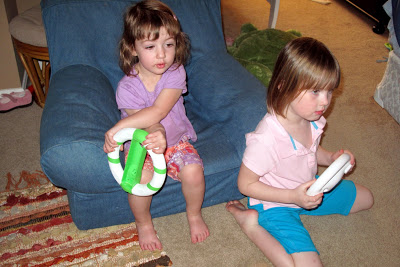 Cate likes to drive, you know. Here she is pretending, while Milla played Mario Cart on Wii. 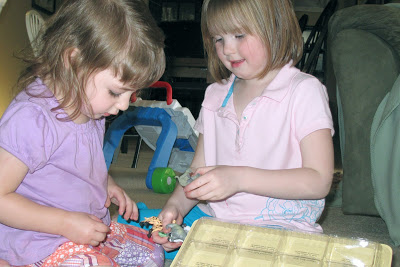 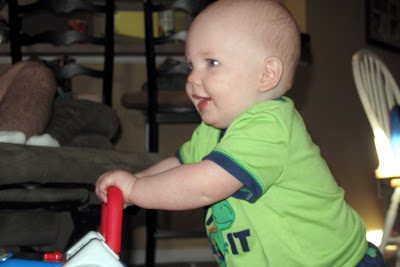 At 9 months old, Jax is really on the move. And he really likes people. As you can see, he apparently had something important to tell his great-grandfather … 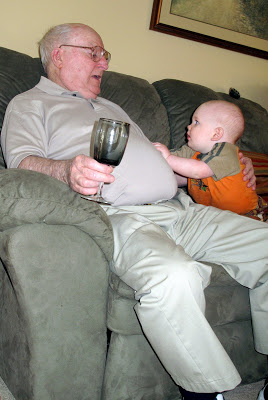 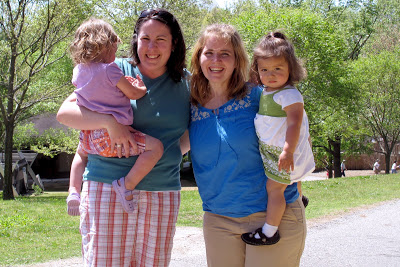 We met Kelly and her daughter Amilia at the Louisville Zoo on Saturday morning. It was such a beautiful day to be there and we enjoyed being with our old friend. 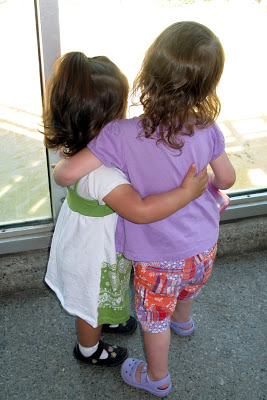 I love that picture of our sweet girls! Amilia (who is four months younger than Cate) gave Cate a hug, but Kelly + I didn’t have our cameras out. We asked them to do it again, and they did … as they watched the tiger. 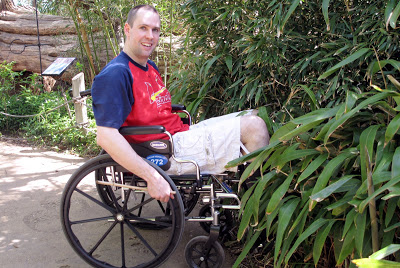 Greg’s ankle is still hurting, so we rented a wheelchair for him to get around the zoo. He did pretty well driving it, but he did have this little mishap with the bushes on the way to see the gorillas.

Sunday morning we took Cate to the Louisville Science Center, which had a great kid’s play area … 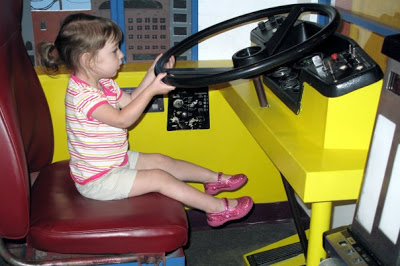 Again, Cate found a steering wheel to drive! I didn’t count how many times she said, “I drive bus.” 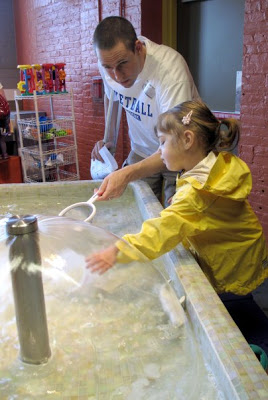 The water table was pretty neat, too. Plus raincoats were provided. Smart thinking! 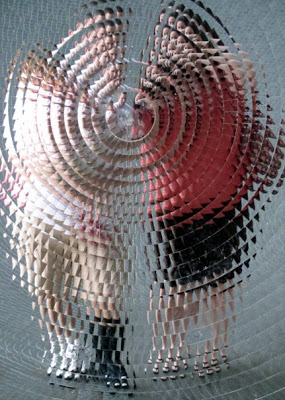 While we were there, we took Cate to her first movie … on the IMAX screen. It was called “Animalopolis,” and which catered to Cate’s love of animals. 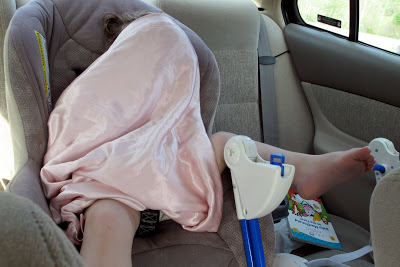 Cate crashed on the way home yesterday after all the fun we had this weekend.
_____
There are a few more pictures in my Facebook album.