Cate got a birthday present in the mail on Friday. Her Aunt Christine is efficient (and early!) … 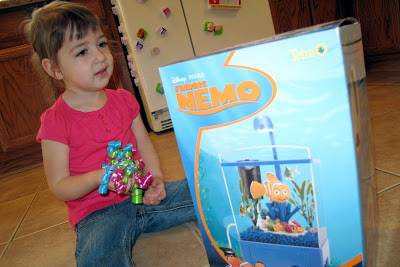 Included was a gift card for a fish. We’ll probably get her new pet tomorrow. Like I’ve told a few people this weekend, a fish is the ONLY pet allowed to be given to someone without prior approval (right, Shelley?!). And for as much as Cate loves fish, this is a great gift. (And she liked the bow too!) 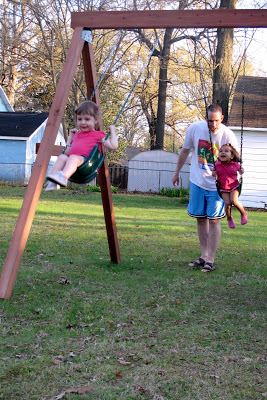 Much of Friday was spent playing outside with friends. Some friends in the morning. Other friends in the evening. For such little girls, I’m so amazed at how high Cate and Malaika would swing. Cate had never swung on a regular swing until this swing set was assembled in our back yard.
_____
The birthday season continues … On Saturday we went to Chuck E. Cheese to celebrate our friend Bryan’s birthday. He turned 29. 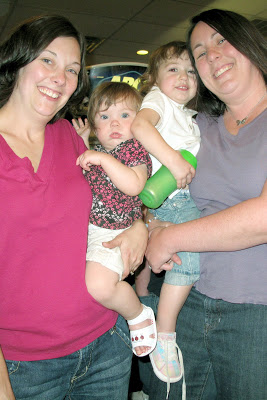 Jaclyn and I wanted to commemorate the outing with a picture of the girls. You can read about what Jaclyn thought of her husband’s birthday party over at her blog. 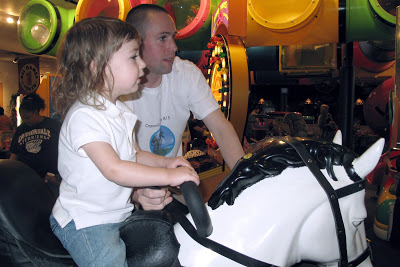 Cate really liked riding this horse … and so did Greg! It was called the “KenChuckE Derby.” 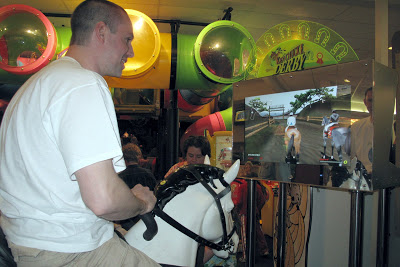 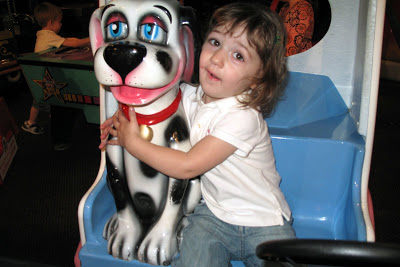 Cate took her hands off the wheel to give the dog a hug and really enjoyed smacking those sharks (?) down. 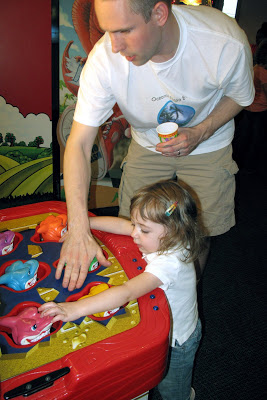 _____
Tonight we had friends over to play inside games because the rain interfered with our outside party plans for Greg’s birthday. He turns 31 on Wednesday. The only picture I took (of him blowing out his 3-1 candles) didn’t turn out very well, so you’ll just have to wait until our next party for more birthday pictures. No worries, though, I turn 30 and Cate turns 2 in the next two weeks.