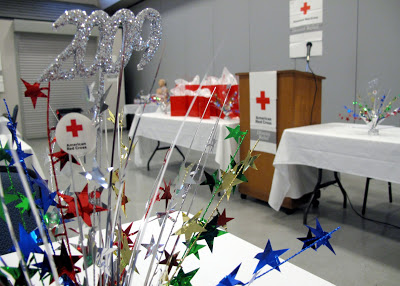 I’ve learned a lot about community since moving to Murray in August 1997. College is a kind of community that is unlike any other phase of life. It’s a transition. Yes, I feel like I really started growing up in college. But I also know college is where I gained independence from what I had always known and where I learned the value of interdependence on people. I made some life-long friends in college who grew along side of me. Since then we’ve gotten married + some of us have kids.

Of course, I also have my family who has known my awkward and ugly phases better than anyone + continued love me all the same. I’ve grown closer to my brother + sister since I moved away, giving them space at home. I call my mom regularly to talk about something or nothing.

These little communities of friends + family sustain me, influence me, encourage me and amuse me in so many wonderful ways.

But then there’s a larger community in which I live. Calloway County, Kentucky, where Murray is the biggest town, is home. Our Pier 1, Hallmark and Dawahare’s have closed in recent years, and Goody’s isn’t far behind. But we’ve gotten an Applebee’s and Tumbleweed since I graduated college in 2001. We have a couple cute gift shops. And I know my way up + down the aisles at Kroger, thanks to grocery shopping trips to another Kroger with my mom as a kid.

We enjoy our church, like going to the two parks on days warmer than the below-freezing temperatures like today, wish there were sidewalks down our street, appreciate the convenience of heavy traffic really not being much traffic and realize we do have a choice between Subway + Quizno’s. I could use a Target + a hairdresser. But we’re only 45 minutes from Paducah, two hours from Nashville, three hours from St. Louis and 3 1/2 hours from Louisville. Not bad for a town that is supposedly in the middle of nowhere in far western Kentucky.

And, you know, I wouldn’t trade my life right now in this place for anything. Greg + I were driving through campus tonight reminiscing about the conveniences of our college community, and I told him that I wouldn’t want to go back to college. I loved being there, but I was ready to move on. I moved on to Louisville, then Lexington, and wound up back in Murray.

But it’s different this time.

My friends live in houses, with garages, and their kids. Not down the hall. Jaclyn + I bundled up our kids earlier today + met for lunch. It takes a little more work than saying, “Hey, let’s go eat.” But it’s worth it. She knows me. She knows how much I missed Greg when he was studying in Germany the semester after we went on our first date even though we technically were taking a break. She told me about the night she started falling in love with the guy who would become her husband. We planned our weddings the same summer. We had trouble having babies. Then she had one, a precious boy, and gave me all the hope I needed to wait on Cate.

Another part of my life is involvement in our bigger community, the one that on paper may lack some retail outlets and restaurants. In addition to being involved at our church, I volunteer with the American Red Cross as a board member for our local chapter. Today we kicked off our annual fund-raising campaign with a breakfast that informed local businesses, governments, churches and civic groups how they could help.

I know lots of people in the community because I used to walk up to them with a notebook in my hand + ask them on-the-record questions. But, you see, we talked off the record too. I developed relationships with people. When I’m at things like the Red Cross breakfast, I see some of these people. This morning a couple people asked me about the newspaper: Did you miss it? Have you written anything for the Ledger lately? Are you working now?

No. I don’t miss it. My daughter is way too much fun.

No. I’m not working now. I’m volunteering. I happen to have my camera because I like to take pictures with it and I figured the Red Cross would like some photos.