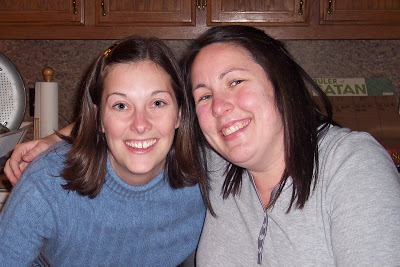 … they play too. Just not our game. And sometimes we have to take breaks from our game to help them. Like wipe chocolate chip cookie remains from their faces. Or settle juice cup disputes. Or take pictures of the funny things they do.

All of that to say: The following are some moments that took place we, meaning the Taylors and the Tompkinses, played two games of Settlers of Catan. Unfortunately, it wasn’t my night, and Jaclyn won both games.

(And, yes, our husbands help too, thankfully.) 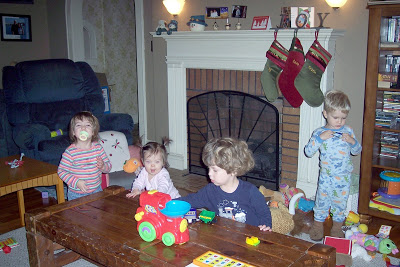 So this was a scene last night. The kids were playing in the living room while we played in the kitchen. There’s a lot going on in this picture: Cate is apparently proud of herself for demonstrating how Norah’s pacifier works. Ironic she likes Norah’s paci since she has always preferred her thumb. Luke is lining up cars. Surprise. Surprise. Norah thinks Luke’s cars look interesting. And I’m not sure what Pierson is doing.

Yes, there was even an extra kid last night. We were watching Pierson while his parents had an adult-only dinner at their house for the college students they work with. 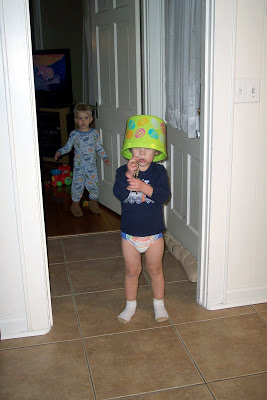 Luke had a diaper accident, so he spent the latter part of the night without pants. And for some reason, the kids like to put the bucket on their head. Pierson stayed in the background on this one, probably wondering what Luke was doing. 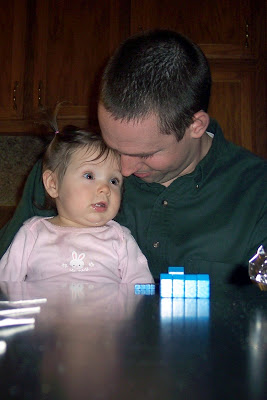 Greg apparently had a secret to tell Norah. She can crawl + pull up, but sometimes she just likes to chill in someone’s lap, away from the craziness of those bigger kids!