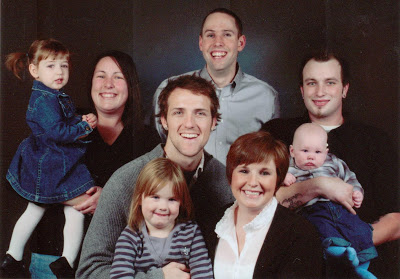 My brother, my sister and I thought we were being really smooth getting these family portraits taking when we all were in town for Thanksgiving. We almost slipped a few times, but we got through the weekend without telling Mom we gathered the troops + went to Sears.

But then my niece, who is almost 5, spilled the beans. Unintentionally. She asked Grandmom when she could see those pictures of all of us. Grandmom was confused. But Milla kept talking. Milla told Grandmom all about going to the mall, and how she behaved well. But Cate didn’t. (Cate had a major breakdown …) Milla even tacked on the detail “Even the adults were good.”

At least it’s a cute story. The poor girl just wanted to see the pictures. Now she has her chance!

Anyway … so Mom wasn’t surprised, but she did appreciate the gesture. And the pictures themselves were surprises. I think they turned out nicely. 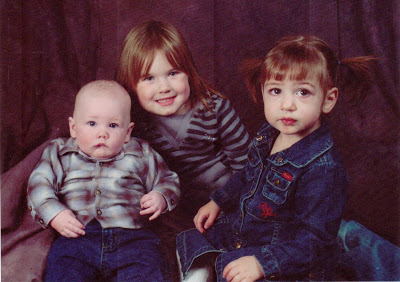 She had been wanting a picture of the three grandkids. So we got that, despite this being right after the breakdown. The photographer snapped while the tears had momentarily stopped. 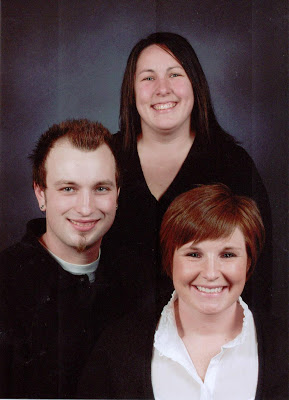 I can’t remember the last time we had a siblings picture professionally. Cassie is 25 + Kevin is 26, nearly 27. Can you believe it?!

Oh, and, by the way, it’s was the first time we’ve had Cate’s picture taken in a portrait studio … 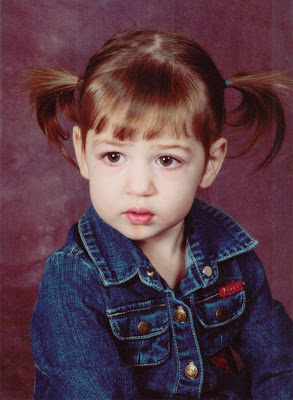 I think I’ll stick the candid shots at home after our experience there. The photographer kept trying to tell her to sit next to Milla, and I don’t think Cate understood. Plus it was hot + crowded. And, to top it off, she hadn’t taken a nap.

(These pictures are scanned versions of the prints. So they look much crisper in real life.)