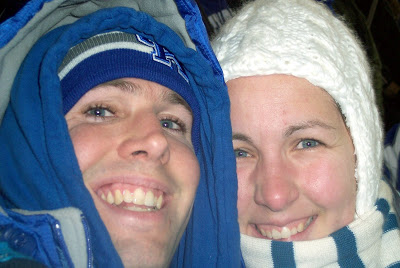 We went to Lexington (well, really, mostly Nicholasville …) because we wanted to go to a UK football game. We’re bad luck for the wildcats. Really. This is the third year in a row we picked a game that the ‘Cats ended up losing when they probably should have won. (Sports fans, remember Mississippi State last year?!) Should of. Could of. I know. But, still.

It was cold this weekend, just so those of you who live elsewhere know. But we bundled up (I wore six layers on top, two layers on bottom, a hat, a scarf and mittens. I also had hand warmers and a blanket, although the hand warmers were only mildly effective.) and had a good time.

Until the end. Another oh-so-close-but-not-quite loss. I tell you, we’re good at picking those!

OK, moving on from football, because us Kentucky fans aren’t quite ready to talk about basketball either … 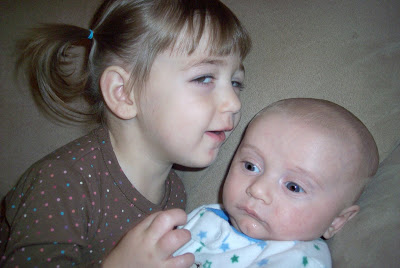 Cate enjoyed Charley. He’s 10 weeks old, and such a cutie, as you can see. Cate was going in for a kiss in this picture.

We also got to see some of my family … 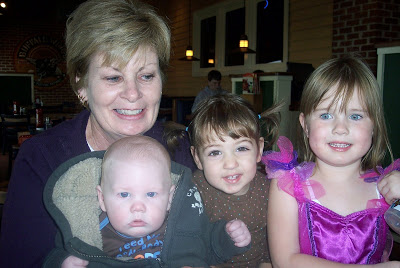 Mom, Jax + Milla met us in Frankfort for lunch. This was the best picture. Cate is really the only one with the right idea! Who knows what Milla is looking at! Jax is ready to go, apparently. And Grandmom is just wondering if I’m going to include her in the picture. But she’s in. It’s really the only way I could get the kids.

I need to tell you about Milla’s dress …

Apparently she told Grandmom that she wanted to wear her “beautiful dress” for us. It even has wings on the back, although I mistakenly called the wings a “bow.” No worries, Milla corrected me! 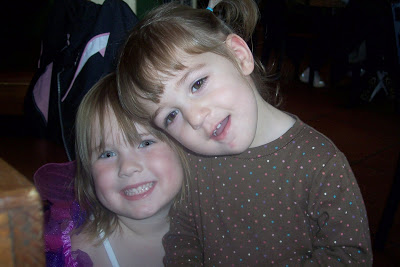