We went to what ended up (thankfully) being a victory party for Ken Winters last night. I know, I know, most of you were clued to your TVs for the presidential results, but we were interested in this local race. Ken is our state senator and was elected to a second four-year term last night. I had helped him with some publicity, so it was fun to be involved with the conclusion. 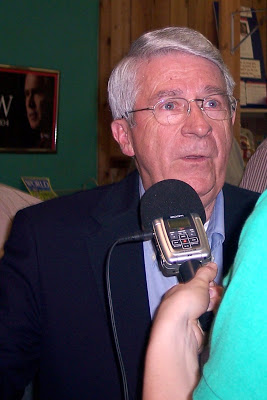 Ken did lots of interviews … I did spend a moment thinking about how I like covering elections, but I like that I found a way to be involved even though I’m not working at the newspaper anymore. 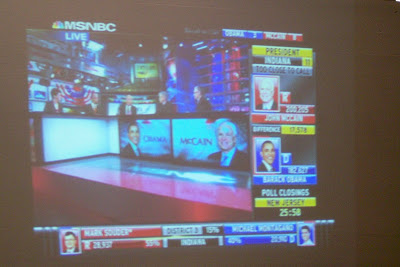 Kentucky gave John McCain his first (and only …) lead. So I took a picture. 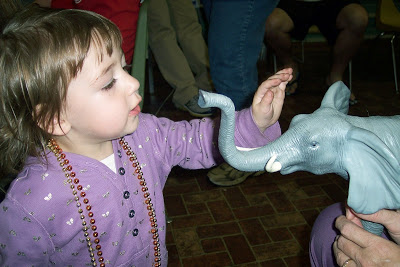 Cate was into the elephants. She already knew how to make an elephant sound, but last night Gran-Gran and others taught her about the trunk. As you can see, she’s trying to have a trunk of her own! She was also into “I Voted” stickers + listening to the election returns on the radio. 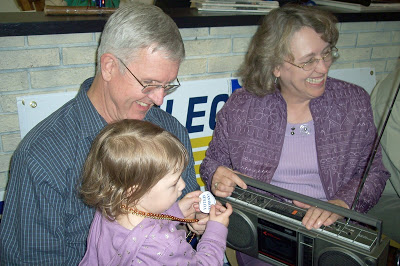