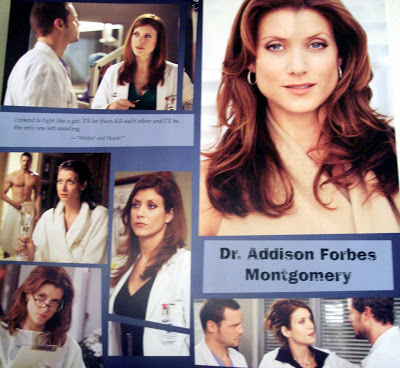 I didn’t say I was only going to be thankful for deep, meaningful things!

Seriously, I’m thankful for certain television shows. “Grey’s Anatomy” is at the top of my list with “LOST,” “Fringe,” “Brothers & Sisters,” “Numb3rs,” and two of the three CSIs. And, surprisingly, I liked Addison starring in a spin-off of “Grey’s.” Granted, I miss her in Seattle, but at least she’s still on television. And I’m totally rooting for Addison and Pete to get together on “Private Practice.”

For those of you wondering why Addison was the lucky TV character photographed here in my Thirty Days of Thanks … Well, she happens to be on the November page in my “Grey’s Anatomy” calendar!