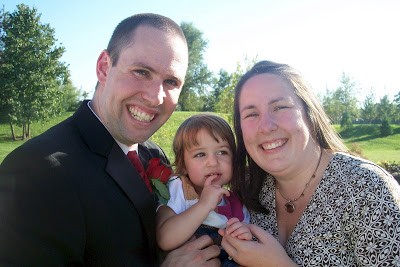 We spent Thursday afternoon until Sunday afternoon in the St. Louis area. The big event was John + Christine’s wedding. (John is Greg’s youngest brother, in case you needed that explanation.) Anyway, we had a good time …

First, the St. Louis Zoo, which is free. My sister-in-law Angela has a zoo membership at another zoo, so we paid $5 for a pass that allowed us to ride the carousel + train as many times as we wanted, plus go into the children’s area. Good thing, because as you’ll see below, Cate loved the carousel … 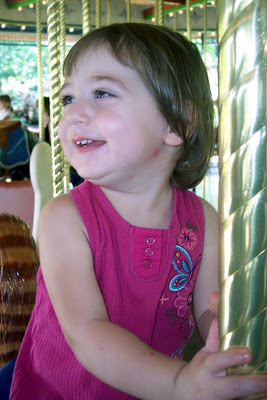 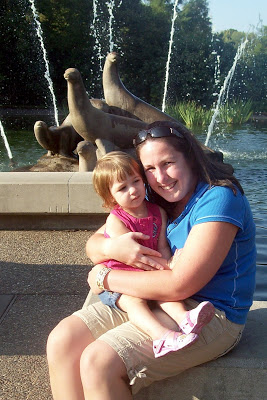 The kids were great. Cate had a short nap in the car on the way there and she crashed when we got in the car afterward. But first, I had her pose for the picture above with me!

Then on Friday we went to the Science Center, which also is free. Cate was short on sleep, so she was ready for a nap after we were there a couple hours, but it was fun. 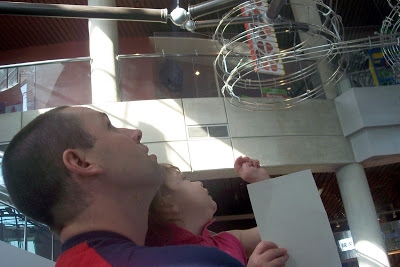 Next up: The rehearsal. Christine surprised John with his groom’s cake, which I thought was a great idea. Plus look how cute it is! (John works for his grandpa’s bus sales business. Plus my in-laws have another bus business, contracting with the government on military bases.) 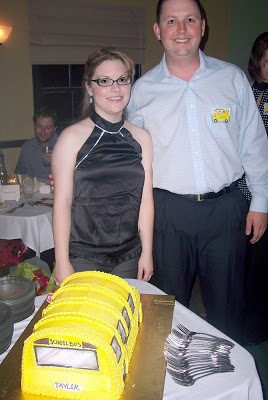 Then the big day. The wedding was beautiful and we all enjoyed ourselves. 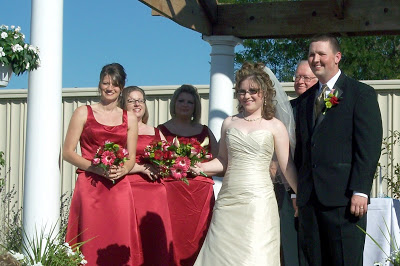 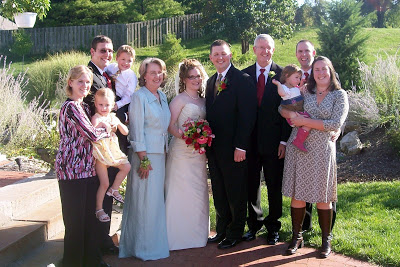 Welcome to the family, Christine. As you can see, we keep growing.

There are many more pictures here.