Greg says he appreciates the fact I document our lives in pictures that end up in scrapbooks. But it’s not often he encourages me to take a picture of something. Not specific. Not “Hey, Kristin, take a picture of Cate doing this.”

But he did today. 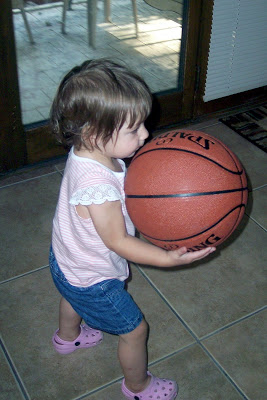 Yes, he was impressed that Cate liked playing with his basketball. Like it’s a sign of what’s to come. We’re not going to be those parents who push their child into activities that don’t interest her, but it’s no secret Greg hopes Cate shares his love of the game. Any game really. 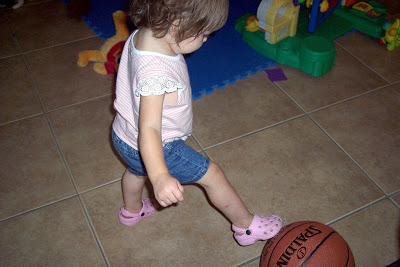 … the basketball became a soccer ball in her world.

And, yes, it’s OK if she prefers to be in the marching band!