Greg’s parents were camping this weekend at Kentucky Lake, so we went to spend some time at the campsite. Despite the cloudy sky, cooler temperatures, lack of hot dog roasting and marshmallow roasting for s’mores, I had a good time. I only mention the weather because hanging out at the lake is what I want to do on days like yesterday, when the sun is less of a stranger. And I only mention the hots and marshmallows because to me those camp-essential foods. More on the hot dogs later. 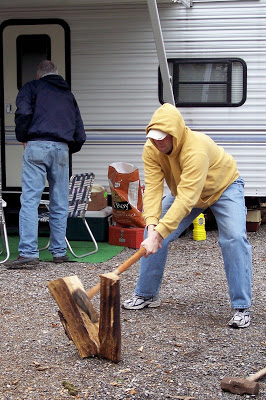 He was all about the ax. 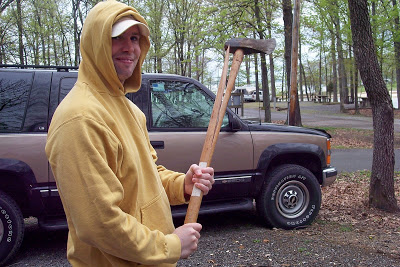 Then the ax broke. But that wasn’t going to stop Greg … 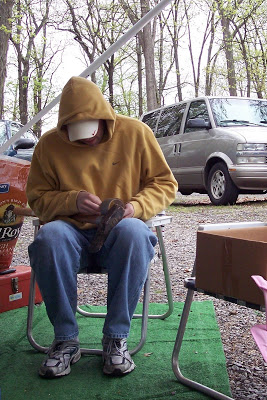 For the guys, being men was definitely the theme. Here are Greg and his brother Charles fixing the grill. I still never figured out why we needed a grill. That’s the beauty of hot dogs and marshmallows. Just need some sticks and campfire. I think hamburgers were on the dinner menu, hence the grill, but, like I alluded to, I love grilled out hot dogs, so I wasn’t going to be tempted by a hamburger! 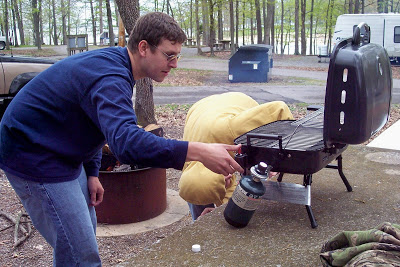 They did eventually get the grill working, but we never used it. By dinner time, it was getting too cool out. So we went to a catfish place. If I wasn’t going to get a hot dog and s’more, then catfish was pretty close to the top of lake food list! The hush puppies were tasty too! Maybe the Taylor boys don’t love s’mores as much as me, so next time I’ll have to take my own back of marshmallows. And if they get me a good fire going, with better wood than what they had this time, I’ll even share my marshmallows (and the Hershey bar and graham crackers, of course …)! 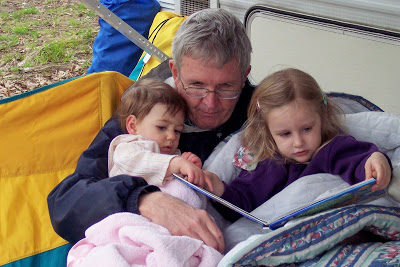 This is Granddaddy with his two granddaughters. 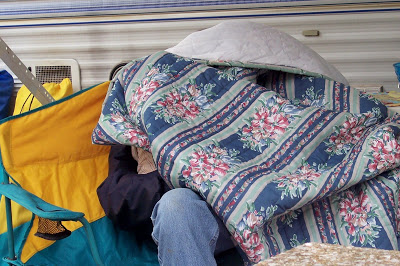 Then Ethne and Cate decided under the blanket would be more fun! 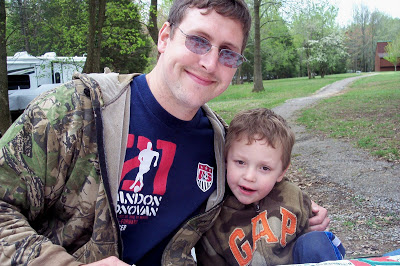 I thought it was funny that Charles and Elijah were wearing coordinating camouflaged jackets! But the best Elijah story (really the best story from the whole day …) was when he walked out of the camper, said something about having to pee, and pulled down his pants right in the middle of the campsite and started peeing. Charles interrupted him and moved him over to a tree with more privacy. But I don’t think Elijah got it because later he was seen peeing on the sidewalk near the playground. Hey, the boy likes to pee outside!

But, anyway, Cate wanted to help. Notice the hoods. I’m telling you, I was never really warm because the fire put out more smoke than fire. Yes, I know the saying, where there’s smoke, there’s fire. But I needed more fire! 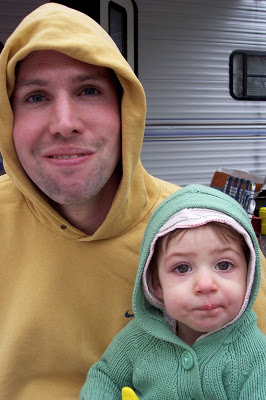 Yeah, I’m not sure what’s up with their faces. They make me laugh, though. I took enough pictures so I could get one of them smiling … 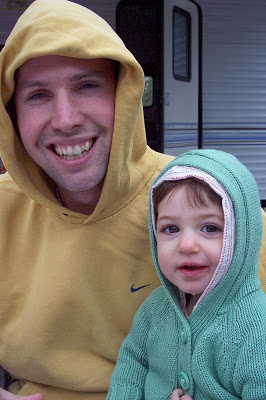 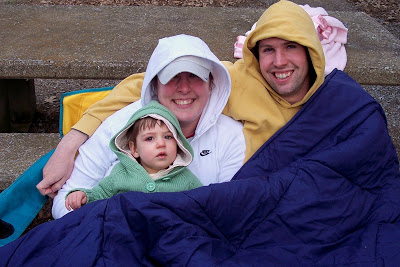 This is after we returned from eating catfish. I was so thankful we weren’t staying the night and I was bound for my own bed. But the day was entertaining, to say the least, and the view wasn’t so bad either. 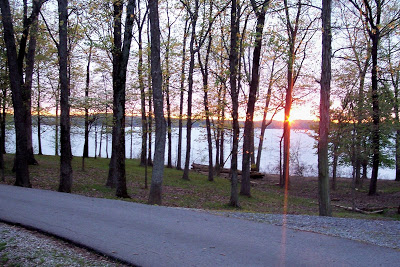