For the first time since Christmas, we spent the past weekend in Louisville. Being a little overdue made the trip even more fun. We spent most of our time hanging out with family, but I did squeeze in a trip to Archiver’s and to Bekah’s house to see her new baby boy. It’s worth mentioning that Bekah thought she was having a girl, but on April Fools’ Day birthed a baby boy! And, sadly, I left my camera in the car when I was meeting John Case Shirrell.

On to what I did capture on the camera … 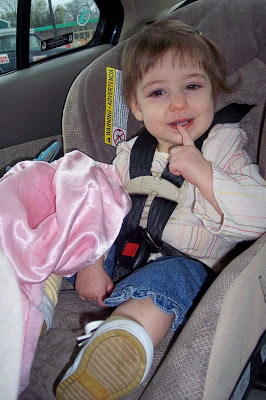 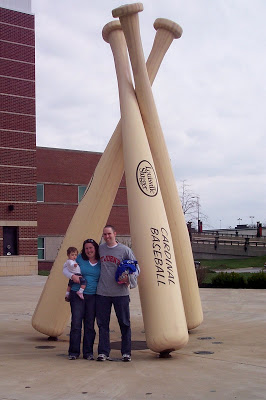 The reason we picked this past weekend to head to Louisville was my cousin was playing baseball at the University of Louisville. He’s a senior at St. John’s in New York, and we hadn’t seen him play yet. Well, turns out we didn’t get to see him play this weekend either; he broke a bone in his hand a few weeks ago and hasn’t been cleared to play. Even so, we went to one of his games. 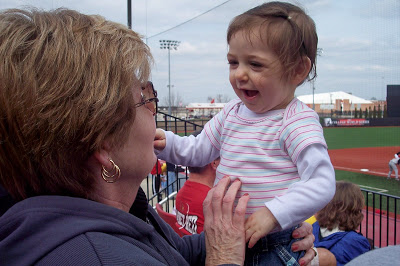 We taught Cate the importance of cheering against anyone playing UofL! 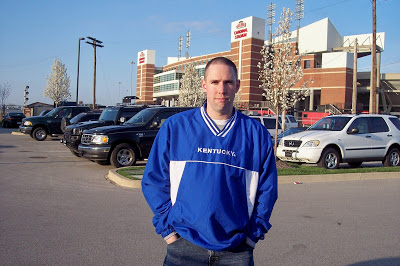 Greg started the game in a St. John’s baseball shirt, but the cool weather forced him to break out his jacket … and not just any jacket. He carefully selected his Wildcats jacket for the occasion.

In addition to my cousin, his parents and sister as well as another uncle were in town. I really enjoy when my mom’s family gets together. There’s much laughing … and eating. On Sunday, the destination was brunch at Cracker Barrel. 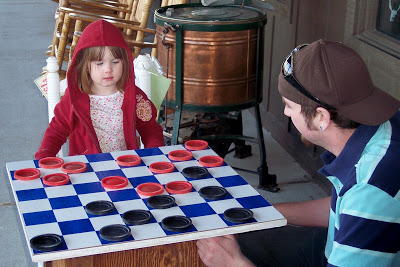 Milla made up some rules to checkers, and then taught her daddy to play just enough so she could beat him. 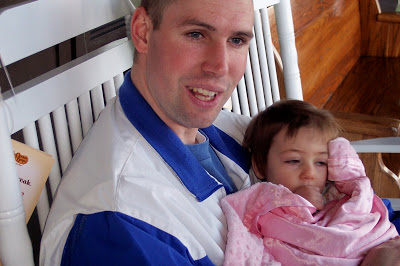 ,,, Cate was ready for a nap. She made it through most of the meal before giving into her sleepy eyes. But only briefly. Then she had more entertaining to do! 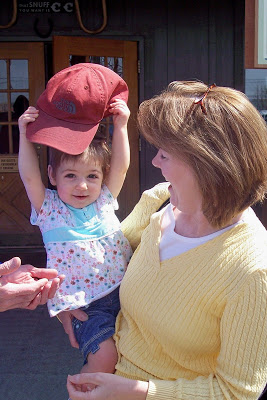 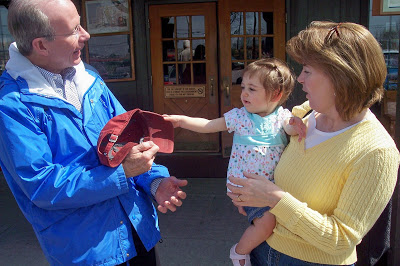 But, as you can see, her great-aunt Kim and great-uncle Rick enjoyed her game!