We went to visit Cassie and Zac in Bloomington, Ind., this weekend. We hadn’t seen them since Christmas, so catching up in person was really great. 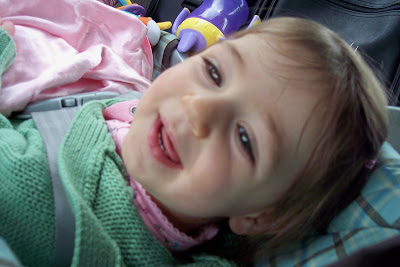 We told Cate on the way there that it was probably her last trip in the facing-backward car seat. We’re putting the other one this week for a trial run. If she likes it, then it’s on to Louisville this coming weekend in it!

When we got to Bloomington, we got to meet Divi. (That’s DIV-Y, like some flower in Aruba, where Cassie and Zac went on their honeymoon …) She’s one hyper kitty, but she didn’t make me sneeze, so I wasn’t bothered! 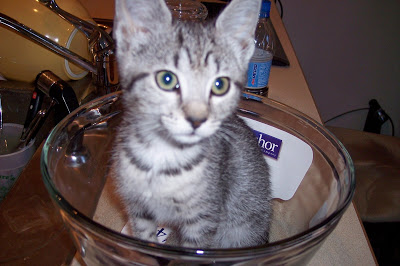 Cate liked Divi, but she was still cautious of her furry friend … 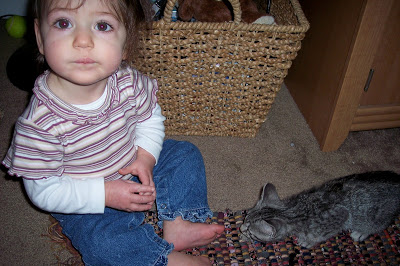 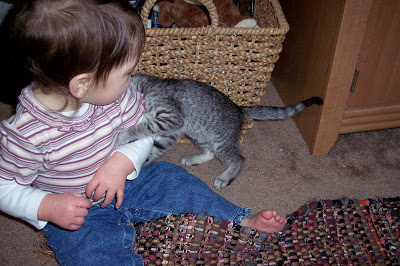 Now you see why!

Then Mom, Kevin and Milla came up Saturday. 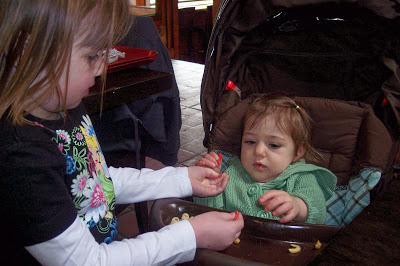 Milla loved feeding Cate. Although I think Cate might have eaten more than her 4-year-old cousin!

And then there was the holding … 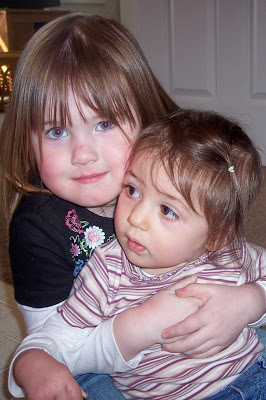 We tried to get a picture of them together, but Cate tried to escape a couple times, but Milla managed to get her back! 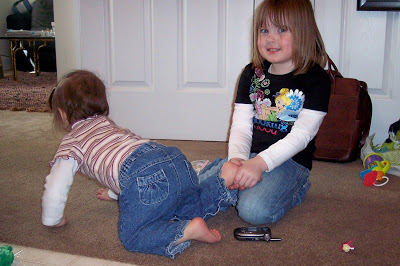 Cate wasn’t so sure, but she tolerated it. 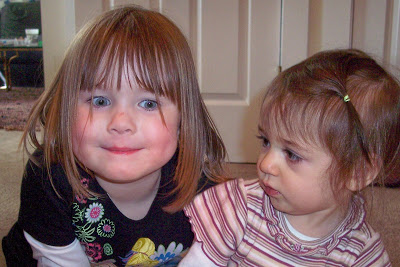 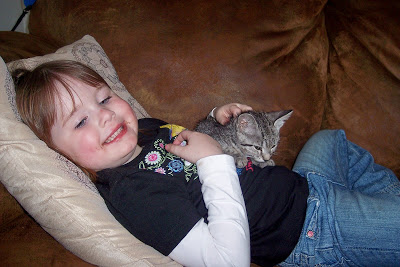 Milla definitely wore Divi out. She was a much calmer cat after Milla left!

Then there’s the boys … Kevin got a Wii for his birthday, so that served as great entertainment while us girls shopped and Cate napped. 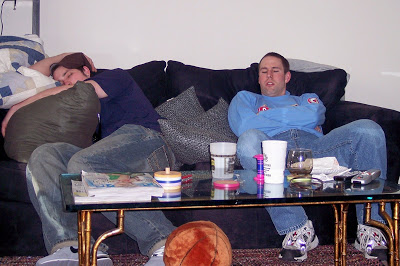 Apparently the Wii wore the guys out too! Kevin and Greg caught a quick nap, despite the chaos of Cate, Milla and Divi, and us taking pictures of them.