We like this time of year around our house … It’s starting to feel like spring (well … sometimes, other times there is snow on the ground!), baseball is starting, and college basketball is in full force. Well, sorry to disappoint you non-sports fans, but this blog is about college basketball.

It’s also about Cate, of course!

We were in Nashville yesterday and today for the Ohio Valley Conference Tournaments. Winners go to the NCAA Tournament. Just a little geography information: On the women’s side, all four semi-final teams were from different states. But three of the four men’s teams were from Tennessee. Murray State managed to be the only school with both teams competing.

It was fun for us to go on a little road trip, which actually was our first overnight trip since Christmas! Perhaps it was hibernation. But I set a goal not to travel in January and February. We did, and then left town the first weekend in March! Holly even joined us for dinner and the men’s game.

So on to what most you really probably want … Pictures! (And some commentary, of course!) 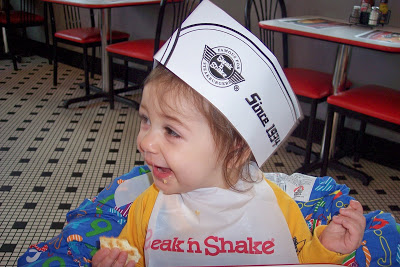 We stopped at Steak ‘n Shake on the way down, and Cate’s high chair was complete with a paper hat, disposable bib and crackers. Those people are thinking now, I tell you!

Then it was on to Nashville, where Cate did some cheering for the Lady Racers … 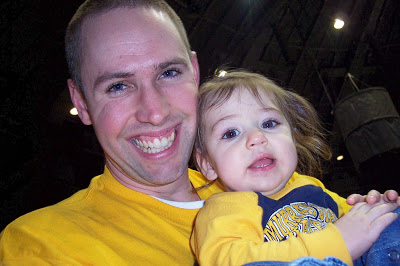 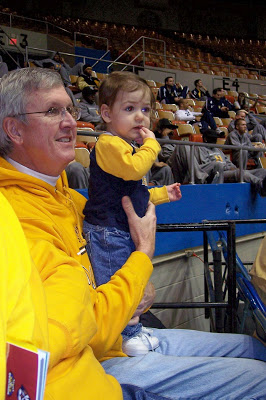 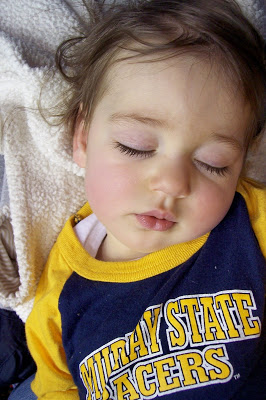 … and then some sleeping!

Then, back at the hotel … 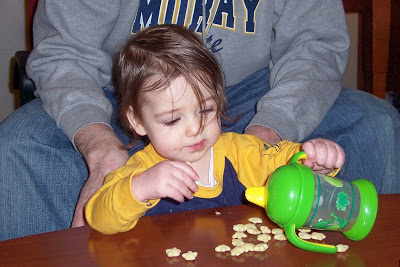 … Cate enjoyed some corn puffs, among other food. I guess she thought her apple juice would be a nice topping. We’re working the sippy cup usage, and she’s getting it. So for those mothers keeping track, it’s two bottles and one cup of juice in the liquid department these days. 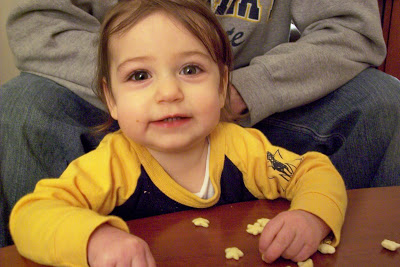 And she’s learning how to cheese for the camera!

Back at Municipal Auditorium … 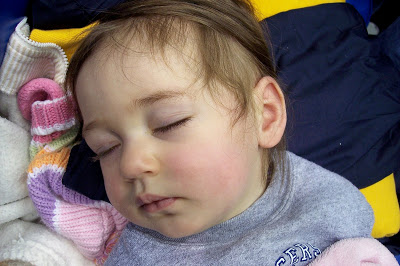 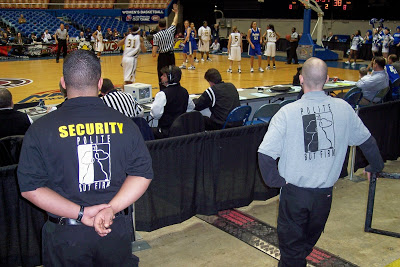 Random, I know, but I thought the security firm’s logo was funny. 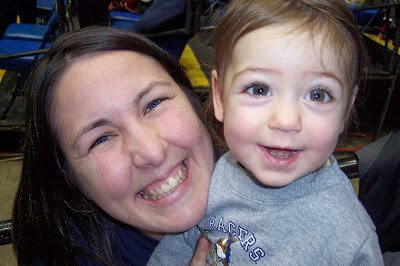 And then here we are, cheering some more.