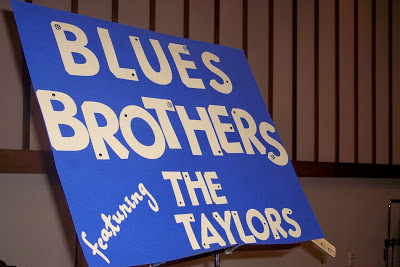 Greg and I got a group of family members together to play in a Trivia Night fund-raiser for Murray Main Street, a non-profit organization that works to preserve downtown. We had played a couple years ago with the newspaper and wanted to participate. So we recruited Greg’s two brothers, sister-in-law, aunt and one of his cousins and his girlfriend.

While finished probably slightly above the middle of the pack in point total for the actual trivia, our theme did give us a third place prize in that category.

Even our food had the blues … 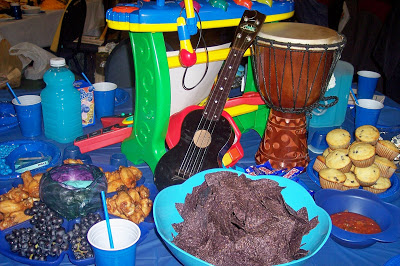 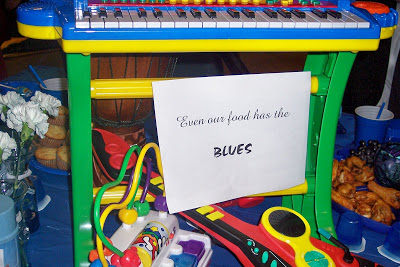 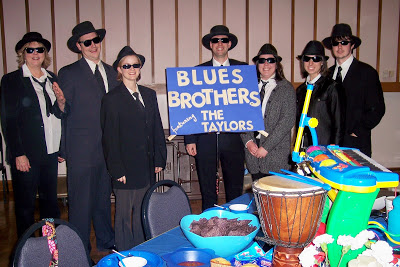 That’s the whole group, minus John. But, no worries, here he is. He and Jennifer got into some dancing! 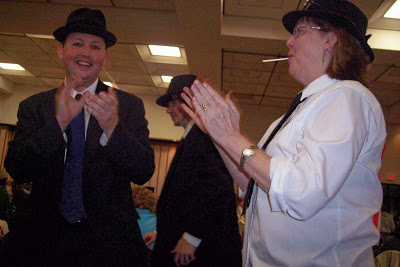 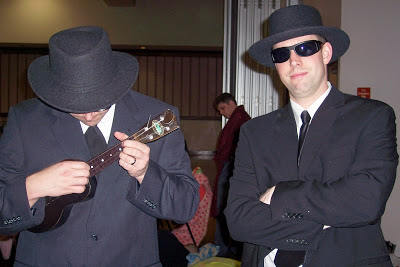 That’s Charles with his head down and Greg trying to be serious. 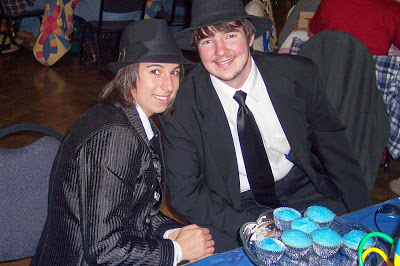