Greg’s great uncle Dwain has an open-door policy for lunch at his car dealership on Saturday. Any family — and friends, really — can just call to say they’re coming and then partake in the food that he orders for his employees each Saturday. I think it’s a pretty nice set up, plus it’s fun to get to know extended family better. We go a couple times a month, especially now that Cate particularly likes visiting with Dwain.

I need to get some better pictures of them together, but here are some of Cate and her cousins Elijah and Ethne yesterday. 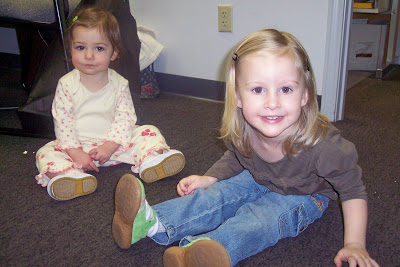 Ethne was saying “cheese” because she caught me trying to capture them candidly. Cate was just in her own little world back there! 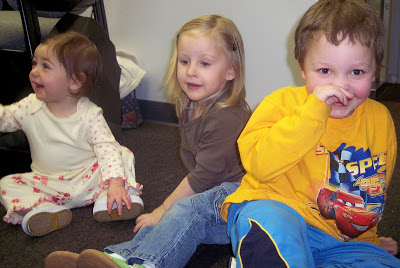 Cate was apparently telling some kind of joke here while Ethne remained in her own 2 1/2-year-old world and Elijah detected me trying to discretely take pictures. 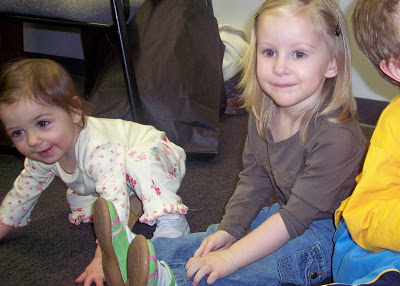 And then Cate decided she better get moving. Too long in one place!

Then later Saturday we had a birthday party for Greg’s brother John, whose birthday is actually at the beginning of January. But this is farther removed from Christmas! 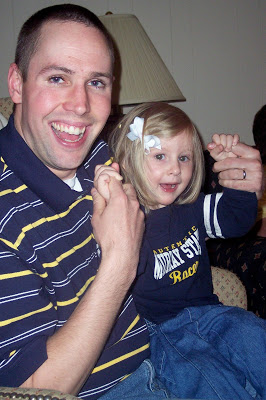 Greg got Ethne ready for the basketball game that followed … 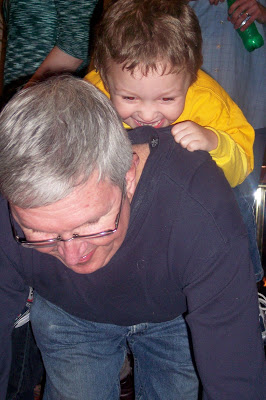 … while Elijah enjoyed a horse ride on Granddaddy!