Two stories from our weekend … 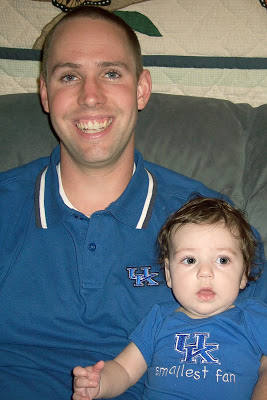 OK, so she went to bed before the game was over, but she was in the spirit at the beginning.

Then on Sunday, we went to Clarksville, Tenn., to visit Cassie and Zac because they were there for Austin Peay’s homecoming. And a 75-minute drive is better than a 4 1/2-hour drive. So we got to the restaurant about 15 minutes early and I decided to change Cate’s diaper.

So I took the shorts off. And I couldn’t salvage them. First of all, I didn’t want them stinking up my car and I didn’t have a Zip-loc or anything to put them in. Also, they were like caked with poop. (Although I probably shouldn’t use the word “cake” and “poop” in the same sentence.)

Remember that we were early to the restaurant. So I called Cassie and told her that we were there but we were leaving because we had to go get Cate something to wear. She said they were checking out of their hotel and close to Wal-Mart.

So, instead of packing a mostly naked Cate back into the car, we just waited for Cassie and Zac … and an outfit. 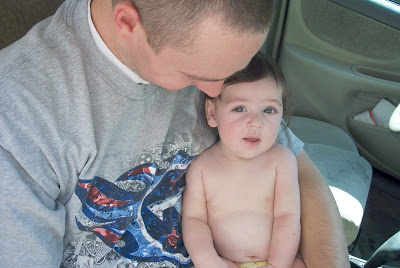