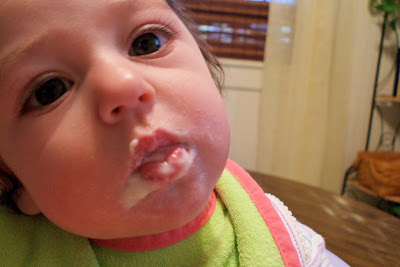 We introduced Cate to rice cereal yesterday. After adjusting to eating the thicker substance off a spoon rather than liquid through a bottle, Cate seemed to like it.

I would have taken pictures of her first bite or at least first “food” feeding, but my camera batteries were dead. Yes, batteries. Plural. Both dead. And I couldn’t find my charger. Still can’t find the charger. The batteries are these special Kodak batteries than only can be charged in the Kodak charger.

So I ordered another charger that happened to be on clearance on Kodak.com. I just paid for regular 3-8 business day shipping. Then I borrowed my in-laws’ camera. So I took some pictures this morning. Also this morning, I got an e-mail from Kodak saying the battery charger would ship in the next 24 hours. Then this afternoon I had a box from Kodak on my porch.

Yep, the charger that I ordered yesterday online arrived today. I really have no idea how that happened.

But I really need an explanation.

So, back to the real point at hand. We introduced cereal to Cate’s life. And you can see Day 2 of the experience, thanks to my in-laws camera. 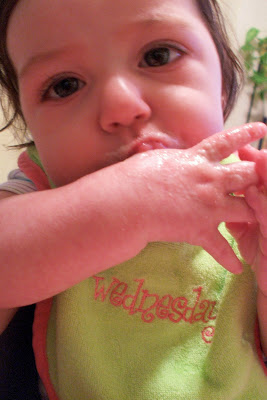 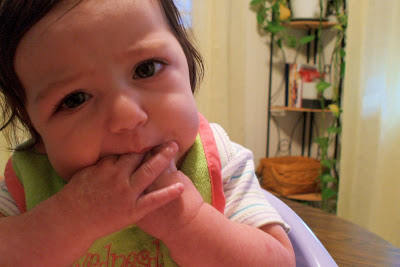 And a comment on the bib: She has one for every day of the week. They came in a pack, courtesy Jaclyn and Bryan. In addition to them being cute, they remind us of a scene from one of our favorite movies.

It’s certainly not the MOST memorable restaurant scene from “When Harry Met Sally …” But in this one, Sally was telling Harry about her break-up with Sheldon.

Sally Albright: Well, if you must know, it was because he was very jealous, and I had these days of the week underpants.
Harry Burns: Ehhhh. I’m sorry. I need the judges ruling on this. “Days of the weeks underpants”?
Sally: Yes. They had the days of the week on them, and I thought they were sort of funny. And then one day Sheldon says to me, “You never wear Sunday.” It was all suspicious. Where was Sunday? Where had I left Sunday? And I told him, and he didn’t believe me.
Harry: What?
Sally: They don’t make Sunday.
Harry: Why not?
Sally: Because of God.

Well, we have a Sunday bib. And I’m sure we’ll have to use with the way Cate likes to stick her fingers in her mouth between bites of cereal.